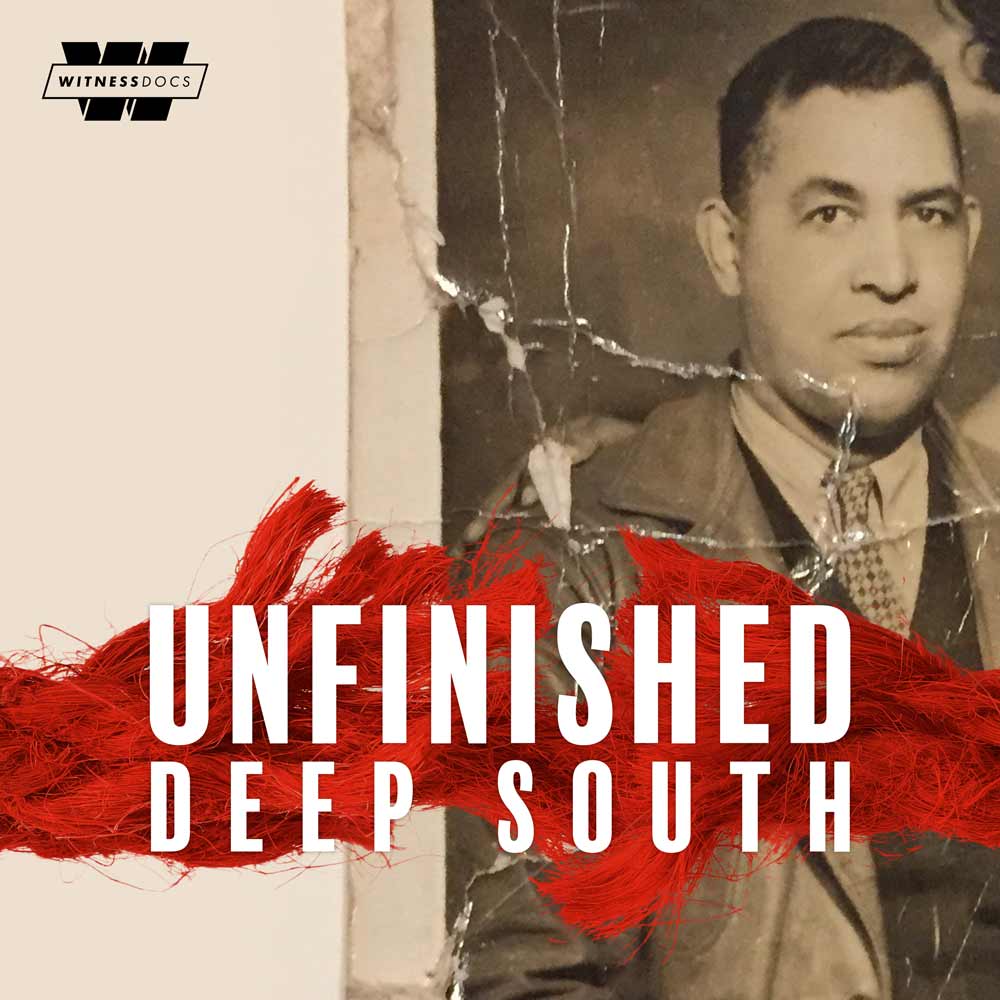 A small town. A brutal murder. A journey into the heart of America’s unfinished business. Unfinished: Deep South is a race to resolve the unfinished business of a small Arkansas town by starting with one question: who lynched Isadore Banks?

At the dawn of the Civil Rights era, a wealthy African American farmer and veteran named Isadore Banks was lynched on the Arkansas Delta. More than 60 years later, journalists Taylor Hom and Neil Shea join members of the Banks family on a quest to find out who killed Isadore and restore his legacy. What they find will shake a small Southern town from its silence, explore the story of African American prosperity on the Delta, and trace the roots of racial terror from Isadore’s day up through our own.

“Truth crushed to earth will rise again. We are in a deep season of terror and darkness. White supremacy and the distorted belief in Black inferiority was once a formula for getting along.  Now, we have changed our minds for ourselves and for our destiny. We began marching, protesting. We have the power to change the whole world. Unfinished: Deep South podcast is a timely reminder of how the dark past still has repercussions today."

“A ghostly narrative from the past that feels maddeningly present, Unfinished: Deep South weaves a nuanced narrative of forgotten Black lives from the South — reverent in tone, vital in its inquest.”

"Unfinished Deep South is a tremendously smart and compelling series that investigates the lynching of Isadore Banks, a wealthy black farmer in Arkansas. Terror and theft coalesce in this brutal murder. White supremacy is not only upheld by the law, it is the law. Unfinished: Deep South could not be more timely; it is required listening."

“This gripping and devastating story of Isadore Banks is a must listen. A stunning investigation into his murder eerily mirrors the racial injustice that sadly we still are experiencing today.”

“You might not know it yet, but the story of Isadore Banks — a black farmer lynched in Arkansas in 1954 — is a vital part of the history you're currently living through. ‘A lynching does more than kill a body; it shatters an identity.’ If you want to be better, know yourself, take the time to get to know him.”

– Saeed Jones (Author, How We Fight for Our Lives)